Delahaye 235 by Chapron on sale at Soft Auction 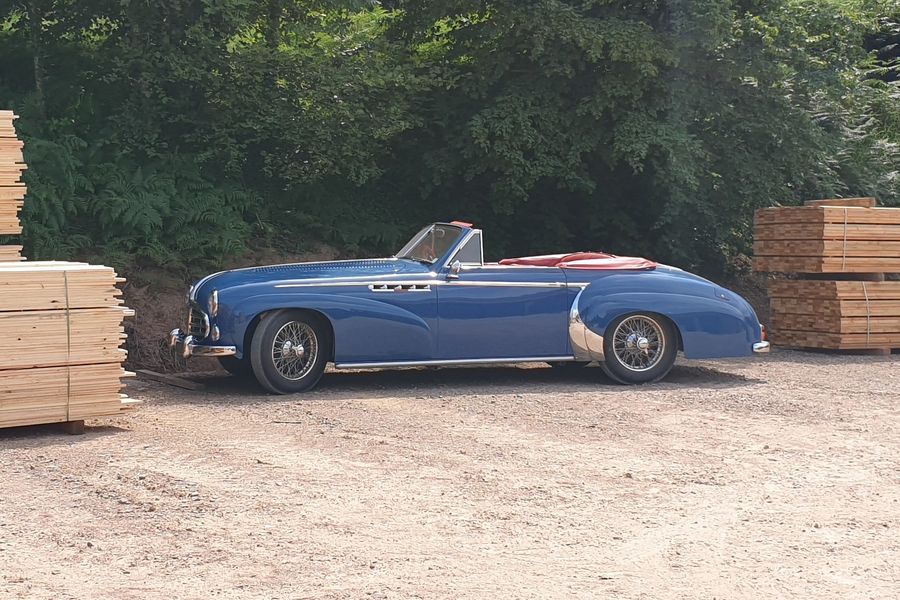 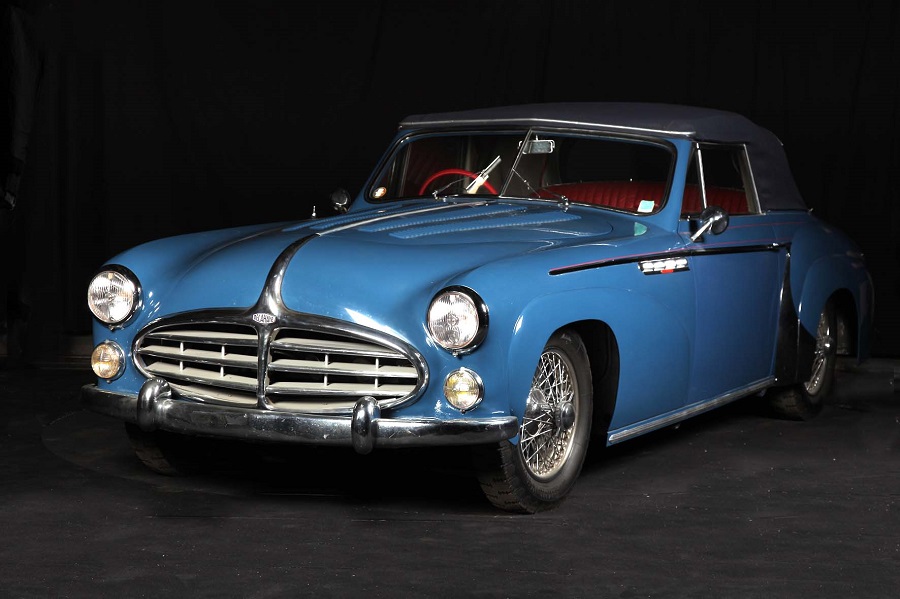 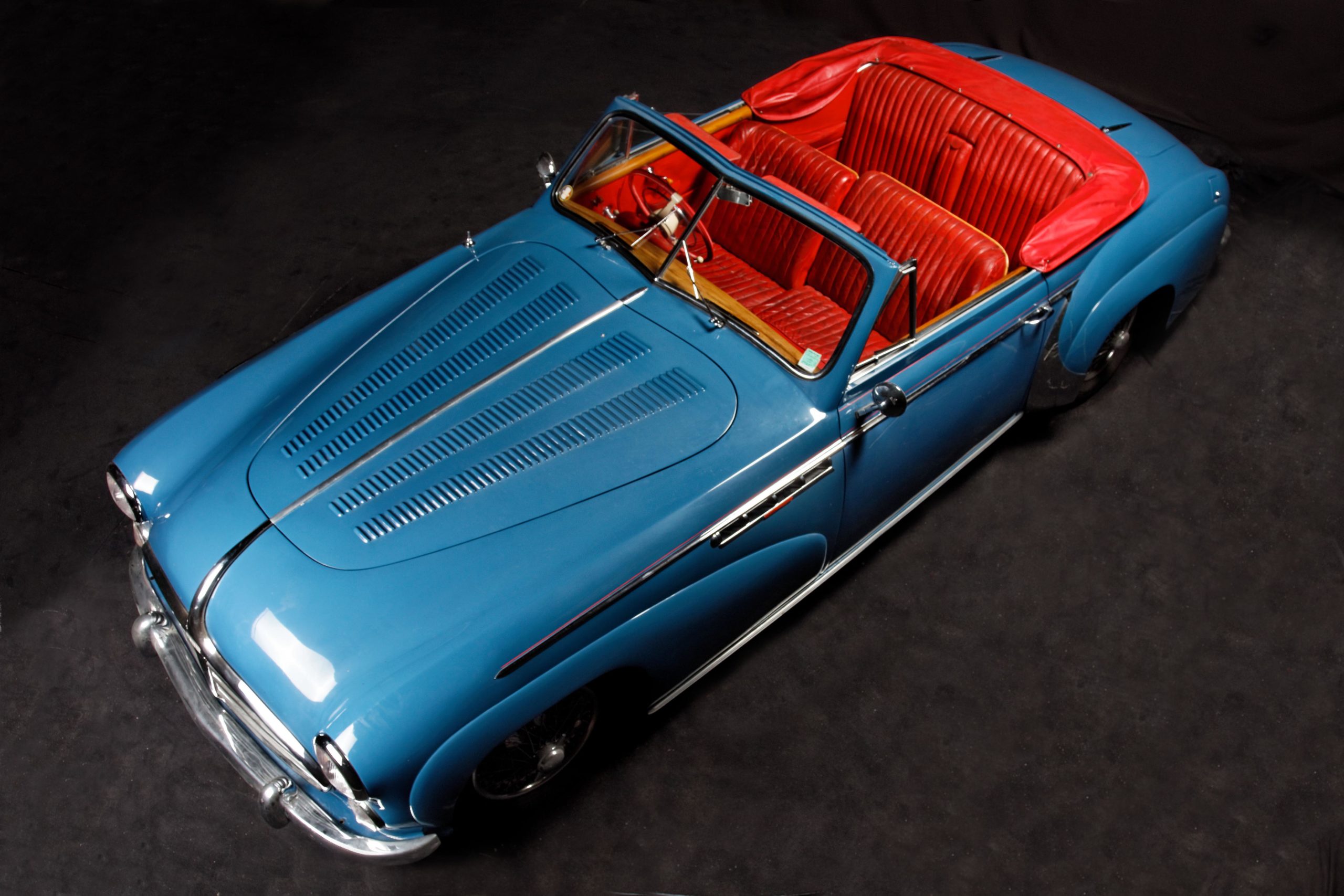 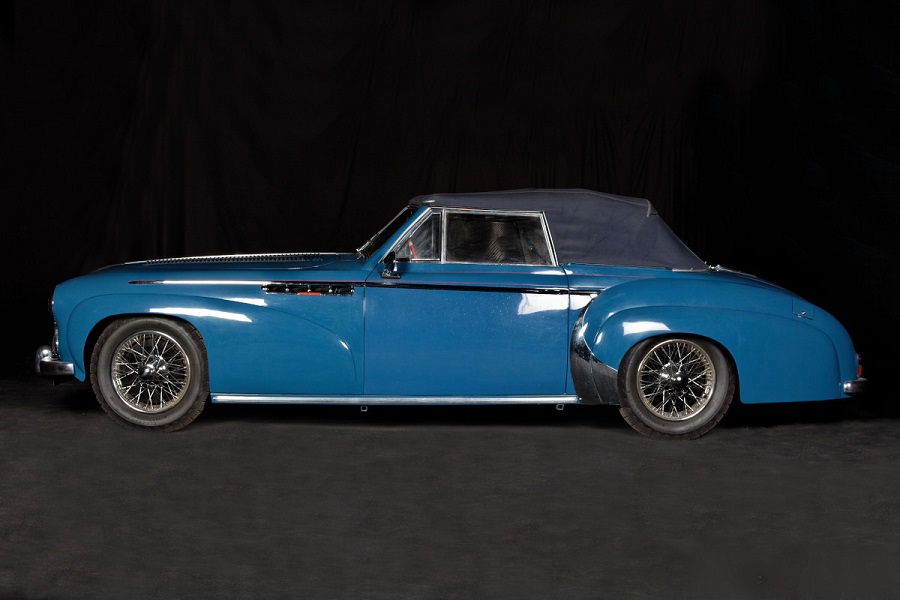 Interested ? You can register until the end of the presentation period to participate to the Soft Auction.

After stopping its activity during World War II, Delahaye resumed its production in a battered but recovering French economy. With punitive tax measures aimed at luxurious non essential goods and increasing competition, Delahaye’s premium sports cars construction dropped to unsustainable levels. The Type 135 was in essence the same as the pre-war model – with the classic 3.6 liter tri carburetor setup boosted up to 160 horsepower in its liveliest version. Meanwhile, the partnership with the great coachbuilders also resumed, lead by Chapron, Figoni, Saoutchik, Letourneur & Marchand etc.

The Delahaye 235 chassis N°818.003 was shipped to Henri Chapron’s workshops in July 1951. It was the third chassis produced by the Delahaye factories and it will be the first convertible built by Henri Chapron.
Presented at the “Salon de Paris” in the fall of 1951 the car will have as its first owner Willy Breitling, the famous manufacturer of luxury watches.

She entered the JWA Classic collection in 2009. Since then it has been driven regularly and is scrupulously maintained but has never been restored.
She is in a very nice original condition.
On the road, the car proves to be very comfortable, you’re really at ease, the rear seats are spacious and you appreciate the flexibility of the suspensions.

^back to top of the page

Interested ? You can register until the end of the presentation period to participate to the Soft Auction.